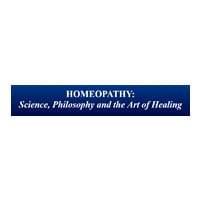 Since Ancient Greece, Hippocrates already taught that there were two forms of treatment: by the principle of opposites and by the principle of similars. Treatment by the principle of contraries employs substances that act in an opposite or palliative (“anti-”) way to the symptoms of the disease (eg, anti-inflammatories, antacids, antidepressants, etc.). This is the main form of treatment used by conventional medicine or “allopathy”. The treatment by the principle of similar, used by homeopathy, uses substances that cause similar symptoms (“homeo”) to the symptoms of the diseases, in order to stimulate a reaction of the organism against the symptoms themselves (Ex.: coffee that causes insomnia is used homeopathically to treat insomnia, chamomile which causes colic is used homeopathically to treat colic, When instituting homeopathy in 1796, Samuel Hahnemann bases this homeopathic principle on the careful observation of the effect of the drugs of his time on the human organism, stipulating a universal “mechanism of action of drugs”: “Every force that acts on life, every medicine affects, to a greater or lesser extent, the vital force, causing a certain change in the state of human health for a longer or shorter period of time. This is called primary action . [...] To this action, our vital force strives to oppose its own energy. Such opposite action is part of our conservation force, constituting an automatic activity of the same, called secondary action or reaction. ” ( Organon , §63)