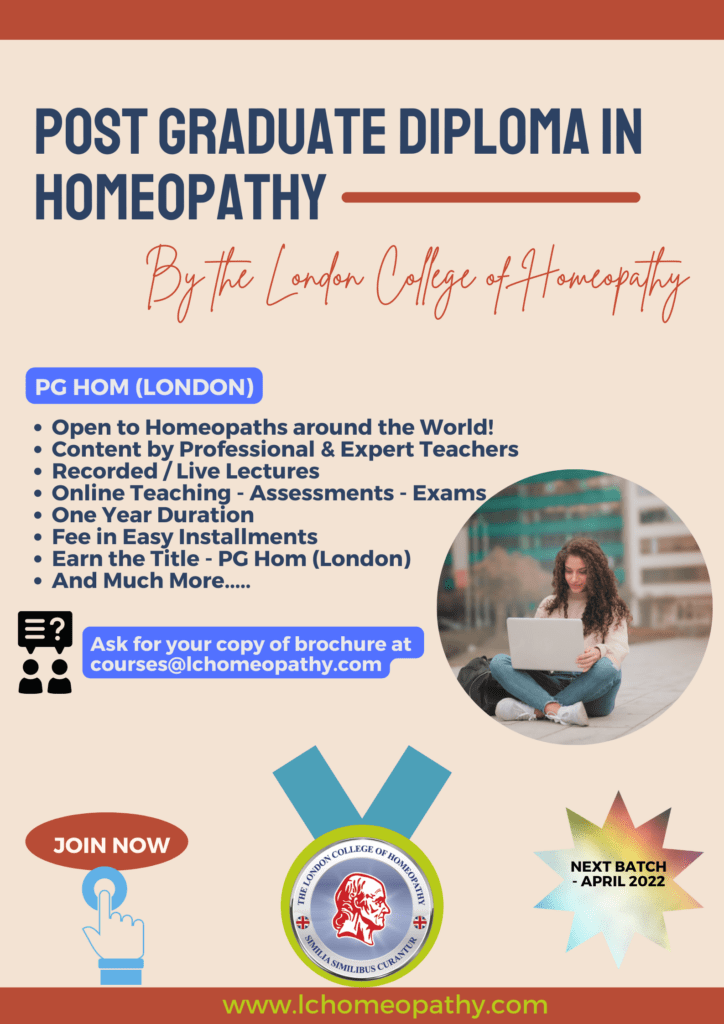 Post Graduate Diploma in Homeopathy by The London College of Homeopathy

Ask for your copy of brochure at courses@lchomeopathy.com An Exclusive Workshop with Dr Petr Gajdos to learn Ozonum as a Homeopathic Remedy with comparative materia medica of well known remedies, including case studies and indications.

Ozonum is a gas, so-called “activated oxygen”, formed by three atoms of oxygen instead of the two that we normally breathe. We are familiar with the protective function of the ozone layer in the atmosphere. The life cycle of ozone and its connection to ocean and marine life, to trees, habitat, and life in general, is less commonly known.

The remedy Ozonum has become the highest-ranking prescription in Dr Petr’s practice during the coronavirus pandemic. Respiratory tract illnesses represent just a small percentage of cases that have responded well to the remedy.

Ozonum as a remedy has a wide range of applications including pandemics as well as routine clinical uses Ozonum-specific domain.

Ozonum has a long history in homeopathy. The homeopathic remedy was used by our forefathers but has almost been forgotten. The toxic effect of crude ozone on human physiology was published in 1875. Anne Schadde, a German homeopath, made an extensive proving of Ozonum in 1993-94. Since then, homeopaths all over the world have confirmed its usefulness.

The Ozonum Umbrella seminar is about Ozonum, which can be called “the polychrest of our time”. Dr Petr will present his extensive experience with Ozonum, its clinical manifestation, symptomatology, psychological profile, and underlying dynamism. Dr Petr will also present and comment on cases that have been treated successfully.

Ozonum has an extensive differential diagnosis. The workshop will discuss known and less commonly known remedies related to Ozonum from homeopathic materia medica. Imagine the remedy as an umbrella in the sky, accommodating many people underneath. The umbrella symbolizes Ozonum and every person under the umbrella’s protection symbolizes a remedy complementary or similar to Ozonum.

Dr Petr graduated from the Charles University Faculty of Medicine in Pilsen in 2002. Following graduation, he joined the University Hospital in Pilsen, where he earned a specialist qualification in internal medicine. Since 2008, Dr Petr has served as an urgent medicine doctor with the Emergency Medical Services of the Pilsen region. He also works in the intensive care unit at the Harley Street Clinic in London.

Dr Petr has been practising homeopathy for more than 25 years, having studied at several homeopathy schools abroad, and undergone six years of training in psychotherapy. Dr Peter has participated in many workshops about bodywork, and practice craniosacral therapy and biodynamics.

More Information about Dr Petr Gajdos can be referred at https://global-impact.cz/en/about-me/ We offer a comprehensive service to both private clients and businesses,
both in the UK and internationally.